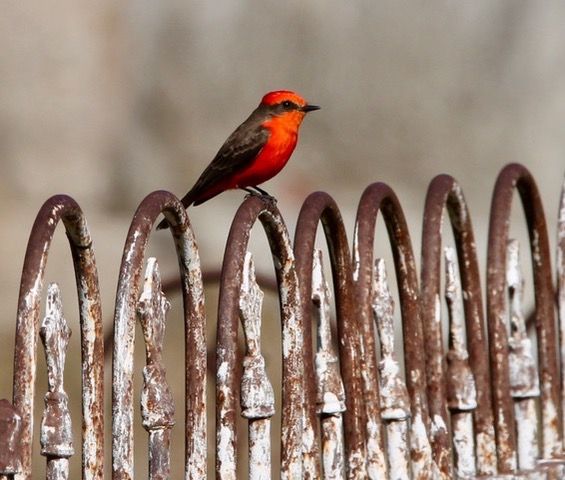 It may come as a surprise that guidebook author Jennifer L. Bristol, a former park ranger and erstwhile coordinator of the Texas Children in Nature program, is not a lifelong birder. It took a horseback riding accident in 2007 to slow down the hard-charging, conservation-minded Austin resident to the point where she was willing to pick up a pair of binoculars and start watching Texas birds. This spring, Texas A&M University Press published her first book, Parking Lot Birding, which catalogs easy-to-reach birding sites from the Panhandle to the Hill Country to the Gulf Coast. Her forthcoming book on birdwatching in cemeteries is due out in 2021.

TH: What makes Texas such a special places for birds and birding?

JB: Texas has front row seats twice a year to the greatest bird migration in the world. Both the central flyway and the Mississippi flyway pass right through Texas, bringing everything from shorebirds to flycatchers to raptors to ducks. You name it. They’re passing through Texas. And in spring a whole slew of those birds will remain here and breed here. Or they will winter here. So we really have the best of both worlds as those birds follow their ancestral patterns throughout the year.

TH: Parking Lot Birding was released this spring. In the meantime, you also completed a forthcoming guide to birding in graveyards due out next year. Tell us about that project, and similarities and differences between birding these places.

JB: Well, Aldo Leopold talked about cemeteries being a valuable part of our conservation lands. I call it our “conservation puzzle.” While I was doing research for Parking Lot Birding, and then on the Great Texas Birding Classic, I stumbled into a couple of different cemeteries in Corpus Christi where I was blown away. There were large, mature trees, which created good habitat, and they were so quiet. And there are beautiful things to look at if the birding is not good, and I love Texas history. So all these things wrapped together kind of just captured my attention.

TH: Not everybody considers parking lots ideal habitat. At what point did you decide that parking lot birding, per your book, was a good entrée to watching wildlife?

JB: It was definitely an epiphany. I was coming from the school of thought that you’ve got to hike really hard to see nature. That comes from my experiences in Glacier National Park and some of the other big national parks, where you really had to hike far to see mountain goats or see grizzly bears. With birding that really wasn’t the case. We’d get out of the car and—boom, boom, boom—right in the parking lot there’s all the different birds for that location. So my family started joking about it, saying we must be getting near the parking lot, because we’re seeing more birds. It’s called the edge effect, because you’re right on the edge of those deep habitats. So, where there might be dense scrub down in the Rio Grande Valley or dense forests in East Texas, a parking lot or a nature center, or a blind, allows us to see more birds.

TH: Given it’s the Halloween season, have you had any spooky birding experiences?

JB: I’ve never really had a spooky experience. But I will definitely say certain cemeteries feel heavier, and you can feel a sense of sorrow there. Like you can feel a great tragedy has happened. Galveston definitely comes to mind. It’s been voted the ghostliest place in Texas, and it also happens to have fantastic birding. In [Gary] Cartwright’s book Galveston, he starts that off by saying he can’t go there without feeling the present of the ghost, and I agree you can’t go there without that feeling.

For each chapter, I also included a “tombstone tale,” either about a person that was there, or it could have been an event that the community went through, like a hurricane or yellow fever or that kind of thing. A couple of really mysterious murders caught my attention. So I tried to tell the tale of Texas–both big and small. There was a hairdresser in West Texas who caught my attention, who was probably the heart and soul of that little tiny town; of course, there are governors and war heroes and that kind of thing that are sprinkled throughout too.

TH: As fall arrives, what migrant species or Texas specialties should we be looking for?

JB: We are in a crossover period right now. Hummingbirds are still along the coast, and there are a few stragglers here and there. The hawks have already started coming through, and there are big groups of broad-winged hawks, and then the black vultures. Birders are out there all the time looking for birds as they breeze on through. People will be out at Smith Point near Houston, and they’ll be at the Hazel Bazemore hawk-watch tower outside of Corpus Christi. I never get tired of hearing the sandhill cranes. They should be here in a few weeks, and certainly by the beginning of November they’ll really be showing up. And the snow geese, Canada geese, also show up at the end of October and in the beginning of November. So there’s a whole sequence.